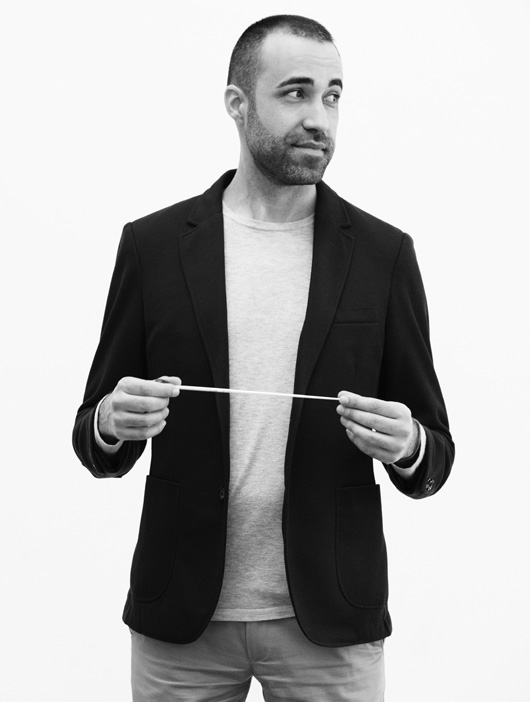 Saül Gómez Soler was born in Ontinyent (Valencia, Spain) in 1982. He is a senior music professor and he has a Degree in Percussion and Composition by the “Conservatorio Superior de Música Joaquín Rodrigo”. He also has a Degree in Orchestral Conducting by the “Conservatorio Superior de Música” of Liceo de Barcelona. He studied band conduction in the ISEB in Trento (Italy) with Jan Cober.

He has directed different band formations, both in Spain and in different parts of Europe (Salzburg, Innsbruck, Prague, Berlin, Munich…).

Currently, he is the director of the “Societat la Primitiva de Xàtiva” and he is also the director of the “Orquesta Sinfónica Caixa Ontinyent”. He combines this work with teaching as a professor of orchestra in the Faculty of Music and Performing Arts of the Generalitat Valenciana.

He has conducted several international soloists, such as the brass quintet “Spanish Brass Luur Metalls”; the soprano Francesca Calero or the tenor Ricardo Bernal; the clarinettist Jose Franc Ballester; the pianists Juan Lago and Pablo Zinger; the trumpeters Luis González and Pacho Flores; the tuba player David Llàcer; or the violinist Vasko Vasilev, among others.

We can find his works published by Piles and Molenaar.

He regularly participates as a judge in various composition and performance competitions, and his music is recorded on CD by different groups.

Since 2013 he is a member of the “Academia de la Música de Valencia” as well as a member also of the Association of Composers COSICOVA. Is member of the Grammy’s academy.

Currently, his work focuses on the audiovisual world in Spain and the United States.

He has received different nominations in the audiovisual field, among which there are three to the Hollywood Music in Media Awards and another one to the Jerry Goldsmith Awards.

He has received several commissions including: obligatory piece at the International Band Competition of Valencia 2015, chamber music week of the RTVE orchestra, obligatory piece for the percussion competition Percute 2016. At the same time, he has been commissioned by prestigious soloists such as José Franch or the duo Madrid Okho.

He has received several awards and honours, like the Honorary Mention by the “Excelentísimo Ayuntamiento de Ontinyent”.

Since 2013 he is a member of the “Academia de la Música de Valencia” as well as a member also of the Association of Composers COSICOVA. Is member of the Grammy’s academy.

Currently, his work focuses on the audiovisual world in Spain and the United States.

He has received different nominations in the audiovisual field, among which there are three to the Hollywood Music in Media Awards and another one to the Jerry Goldsmith Awards.

“Dear Saul. Thank you very much for sharing these recordings. I truly enjoyed lis- tening to them, you have some very fine musicians in your Banda! All interpretation was full of spirit and passion. I trust with this team on stage you can make a fabu- lous Cd. Good luck, I hope to meet your fine band some time in the future”.

“Maestro Saül Gómez has a great talent for conducting, which is based on a rigo- rous work ethic, a thorough understanding of the score, and on the interest and love for that which he is conducting. All of this paired with the great energy he blesses his concerts with makes him a conductor that any composer would dream of. I’ve had the pleasure of having him perform some pieces of mine and he’s always known how to find and give my music that special je-ne-sais-quoi that we can’t always put down in words.”.

“Saül Gómez is, without a doubt, the kind of conductor to whom I’d give any of my pieces and know total success would be guaranteed. Apart from his human values, he is, professionally speaking, extremely well trained — when you add that up to his experience, you have a sure bet for any symphonic ensemble.”

“What I’d like to highlight about maestro Saül Gómez Soler is his artistic musicality and his effective approach when assembling musical works —some of them very complex—, which he does with absolute efficiency. I have had the opportunity to see this for myself thanks to the arrangements he’s made of my works — with exce- llent results. Because of how young he is, I am sure he will eventually be one of the most important musicians in our Valencian Community, so incredibly rich in musical wealth.” 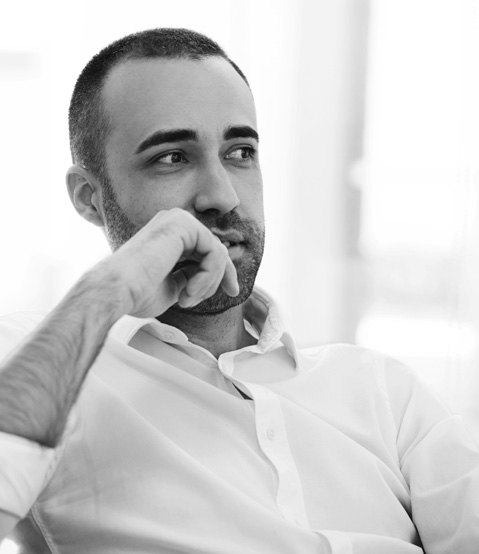 It is Silver badge of Ontinyent C.F. And of the Society of Festeros of the Santísimo Christ of the Agony of Ontinyent.

In 2010 he received the Honorable Mention of the Excellency City Council of Ontinyent.

Fill in this form to report on an interpretation